Alan Austin’s life is and always has been consumed with and dominated by images- and the power that resides in them. Alan started off life as an infant in a Los Angeles home for un-wed mothers. Luckily, he was adopted by a couple of world-hopping parents. A brilliant, driven father who was gone traveling six months of the year and a mother who lived pretty much in her own somewhat troubled world. He got to experience small town life in rural Kansas, later in Wichita and on to Dayton Ohio and several other locales in the United States – among them New York and Los Angeles. At nine years old his parents moved him to France- first to Paris and then later out to a small village called L’Etang La Ville- where, coincidentally Gregory Peck was living at the time while filming in France. Living and traveling in and around Europe proved to be quite a dramatic change and exposed him to the art, photography and cinema of another very different world. Alan made many drawings and took numerous photos of the events and places he saw in Italy, Germany, England Austria and France. The French at that time were enamored with American gangster films and dubbed them Film Noir movies. They were fascinating to Alan – especially the lighting, composition and narrative. New Wave Cinema was burgeoning at that time in Europe and fascinated him –a fascination that has only grown over the years.

His mother was an artist and aficionado of fine art and photography and they spent many days going through the museums and galleries of Europe including, of course, The Louvre and many in Italy, all the while learning French and Italian along the way made his first European experience even richer. Being an only child stimulated him very early on to create his own world using art and photography as building blocks. Art was especially the perfect tool to create worlds from his own mind. He painted many ‘paint by numbers’ paintings, but often by putting different colors than the ones called for thus producing some interesting abstracts at an early age. He photographed and drew everything around him including his toys from around the world as well as images from all the places his visited and lived. While in Paris he was able to spend time on some movie location sets and immediately decided that was something he wanted to do as well. The fascination was for both sides of the camera. The filming and acting style were so different and natural compared to the big Hollywood movies in America.

Coming back to the United States, Alan Austin had been transformed by his first European experience. His inspiration for art, photography and film now came from a distinctly different perspective. In Junior High School and High School he took art classes, which he found mostly boring. Alan always had part time jobs during the school year and found ways to increase his skills by working in metal, body and welding shops and also finding artists to cling to by working in their studios – mostly for free. He also worked as a photographer’s assistant to many talented and some not so talented photographers. He always loved books and amassed a fairly sizeable collection of art, film and photography books that served him well as self-teaching aids. He also had and has an abiding love for vintage toys, which appear in some of his paintings and drawings.

Art just came naturally to a somewhat lonely and only child – Alan spent many hours living in the worlds he created with his own hands and mind. He was neither particularly encouraged nor discouraged by his hyper-busy parents, but he didn’t need any outside cheerleading to sustain his anchor to art, photography and movies as a vital expression in his life. He was at an early age, a keen observer of life and that characteristic still serves him will today in the process of creating art. Austin studied drawing, painting and sculpture with some prominent artists at Otis Art Institute in Los Angeles and later at the University of Wyoming.

As an adult Alan went back to Europe on several occasions, living and working in Milan Rome, Paris, Nice, Vienna and Munich. He had a very successful fashion photography business that luckily supported his art and allowed for travel and making associations, which were a rich source of material as well. As an actor he has worked in Europe, New York and Hollywood. Acting is an incredibly fickle and difficult business and luckily art and photography are great grounding pursuits that help sustain the soul.

Alan Austin has had two one-man shows and published a book – Los Angeles Afternoons. His work has appeared in Joseph Mugnaini’s book -Drawing A Search For Form, Venice Magazine and many other publications. He has also created and donated several large pieces to various charity events.

Alan is married to Dr. Elizabeth Austin, a world renown atmospheric physicist, author (http://treadingonthinair.com/) and forensic meteorologist, who started her own company, WeatherExtreme Ltd., (http://www.weatherextreme.com)twenty eight plus years ago and has grown it into a world-wide business. Her father is Patrick Williams, an Oscar nominated, Emmy and Grammy award winning composer of music including a tremendous catalog for movies and television (http://patrickwilliamsmusic.com/). The Austin’s have a seventeen year old son, Moody, who is already quite an accomplished artist. Alan says his main inspiration is his family. The Austin’s home is in Reno/Tahoe, Nevada. Austin says it’s like living in Mayberry, which he and Elizabeth both appreciate after having lived and travelled all over the world most of their lives.

Alan Austin says that “Art definitely does make the world a little better place” and he feels privileged to be able to make it – and hopefully it speaks well enough for itself in that realm beyond words where music and art live. Alan: “I truly want my collectors to love and enjoy the pieces that they chose to grace the walls in their homes, parks, business or museums.” 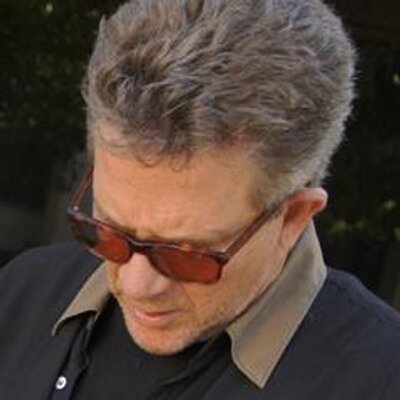 There is certainly a kernel or two of truth in this statement. Writing about art is a little bit counter intuitive. Art and music might share the same bed, but it’s a bed that I believe art and words do not share. Why does one write novels and one make paintings? Who knows, perhaps because they can’t do anything else, perhaps because they don’t want to do anything else.

I don’t think anyone has an overwhelming drive to do something that they don’t know deep down that they are capable of and therefore driven toward.

I know when I’m spending every day of my life creating art that is absolutely the thing I should be doing, and how immensely pleasurable the work can be – it can also be immensely difficult and frustrating – just part of the process.

My hope, as an artist, is that my work thought, some humor, and most of all pleasure to the people seeing and acquiring the pieces I create. I want to add something worthwhile to the world – something that never existed before; art that will strike a cord with the audience that it finds , wherever in the world that may be.

I am an artist. This means I live in a perverse fantasy world with unrealistc expectations...